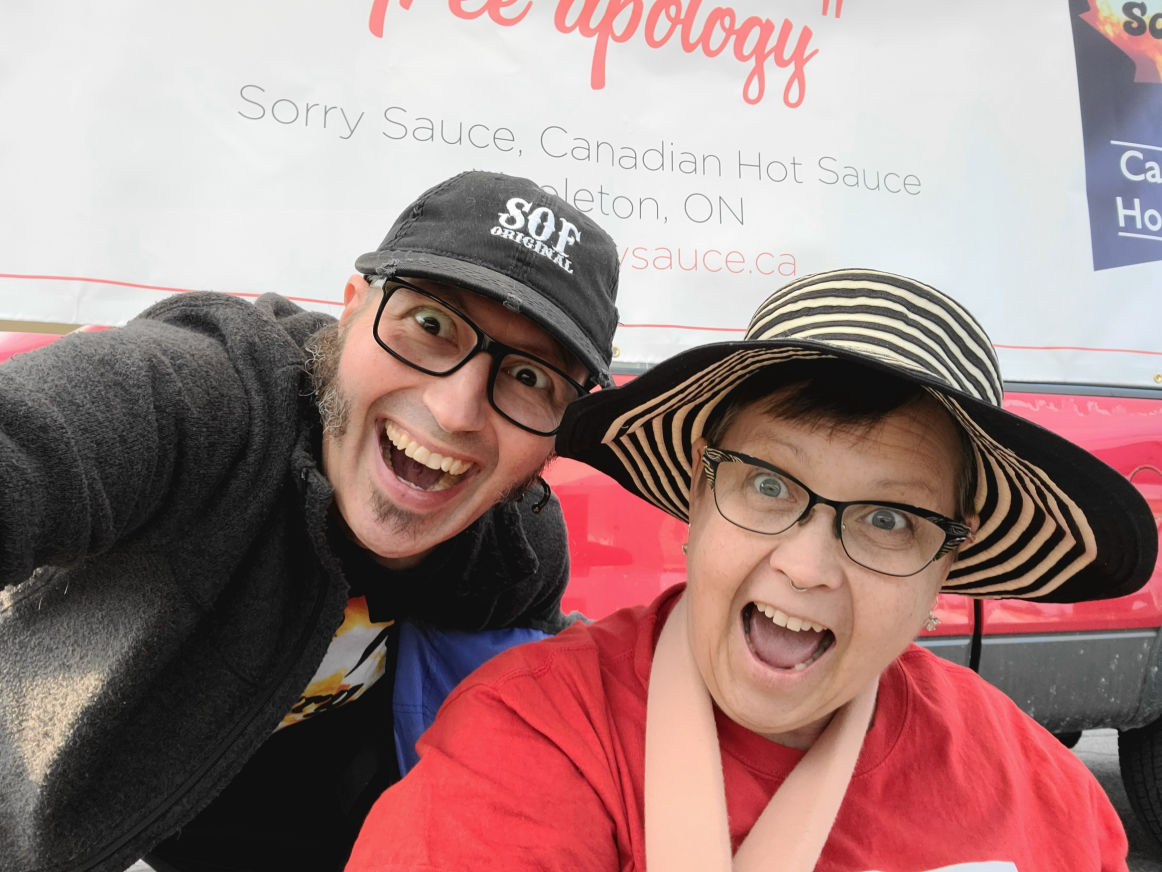 We're really sorry about everything. Please accept our apologies.

It all started with a single Ghost Pepper.

2014 - We had lived downtown in big cities for years, then we bought a house in Burlington, ON. We started gardening in the backyard with a variety of vegetables.

But then Erik was at the grocery store, and spotted a Ghost Pepper plant on the seedling display outside. We brought it home and planted it, and it flourished. We made our first hot sauce that harvest, and called it “I Thought He Liked Us”. It was a bit hotter than we could handle at the time, so we gave the bottles away to family and friends.

But we saved the seeds.

2015 - We planted the Ghost Pepper seeds, then we stumbled across Carolina Reaper, Butch T Scorpion and Moruga Scorpion plants in a garden centre, so we added those peppers to our garden also.

That harvest, we decided that as nice, polite Canadians, we should call it Sorry Sauce, So, we used the Reapers to make 23 bottles of Go Mango. Erik took one to work and passed it around at lunch. A day later, we’d sold all 23 bottles and figured we should probably make more. We ended up making 7 different batches of sauce.

2016 - Erik started ordering exotic pepper seeds from around the world and our Garden of Apologies expanded to 100+ plants of 40 different varieties. Each pepper has its own flavour with a combination of sweetness, fruitiness, floral and heat, so each pepper blends with different ingredients to make an optimum hot sauce. We made 11 flavours.

2017 – The Garden of Apologies exploded to 150+ plants of 50 varieties, and we were rapidly outgrowing our backyard in Burlington. Most of the yard was occupied by a swimming pool, so we grew plants in 5 gallon buckets around the perimeter. Erik wanted to fill in the pool and make it another garden, but nobody else thought it was a good idea. We made 10 flavours that year.

And just after harvest time, we moved north to Mapleton.

2018 – Sorry Sauce relaunched in Mapleton, ON! We bought an old, 1888 church on a small parcel of land in a Mennonite neighbourhood, so now we have almost half an acre for our plants. The Garden of Apologies has grown to a microfarm. We had 160 pepper plants, but we also grew 1000+ tomatoes and 1000+ McIntosh apples. We made 5 varieties, but much larger batches than previous years.

2019 - The Garden of Apologies is up to 300 pepper plants, and although we had a really short growing season, we had enough plants that we had no shortage of peppers.  Except for Reapers - our plants were disappointing, so we bought a few kilograms of Yellow Reapers from our friends at Pepper North so we could make Cherrynobyl Sorry Sauce.

It was a year of experimenting with new recipes, and new versions of old recipes. We made our standby sauces Go Mango! and Mapalm BBQ, and we took last year's Angry Gander and added red onion, cherry tomatoes and fermented habaneros to make Cobra Chicken. Give'r is a peach hot sauce we've made before, but switching to fatalii and aji limon peppers give it a tart snap that really works.

Cherrynobyl and Fresh Cents are brand new recipes for 2019.


2020 – The Garden of Apologies is now up to 400 peppers and we've lost count of the cherry tomatoes. This year, we've also grown a bunch of ground cherries for a new batch of sauce!

For 2020, we have new batches of Go Mango!, Fresh Cents, Cobra Chicken and an even hotter Cherrynobyl, and we have 4 new batches. Beauty is extra mild and built around caramelized jalapeno peppers, roasted garlic and extra dark maple syrup. For medium sauces, we have Miso Nutty with a base of miso, garlic, ginger and peanuts to compliment fermented scotch bonnet peppers, and we have Pitter Patter with a base of lemon, chamomile and ground cherries paired with a blend of 7 pot caramel and yellow scorpion peppers. Our hottest new sauce is Donnybrook, and it starts off deceptively with its base of fresh peaches and roasted pineapple before the 5 types of scorpion peppers kick in to sting you.

2021 - This year, we've added the Greenhouse of Extreme Regret to the Garden of Apologies. We've grown to just over 1000 plants of 52 varieties this year, so there will be some new and limited batches available at harvest time.

And so, Sorry Sauce continues! We grow our own peppers, tomatoes, mint, apples and other ingredients when we can. We don’t use chemicals and we fertilize with organic compost. We do most of our farmwork manually to keep our carbon footprint down, and we use mostly solar power during the creation and bottling process. Yeah, we've turned into hippies. Wherever possible, we buy ingredients from our neighbours and other local farmers, and we make small, numbered batches of sauce by hand. The sauces are artisanal,  seasonal and limited, and are based upon the peppers we have at harvest time. Each pepper is paired carefully with other ingredients to bring out the natural flavour. We don’t need to help the capsaicin. The sauce is hot enough already. 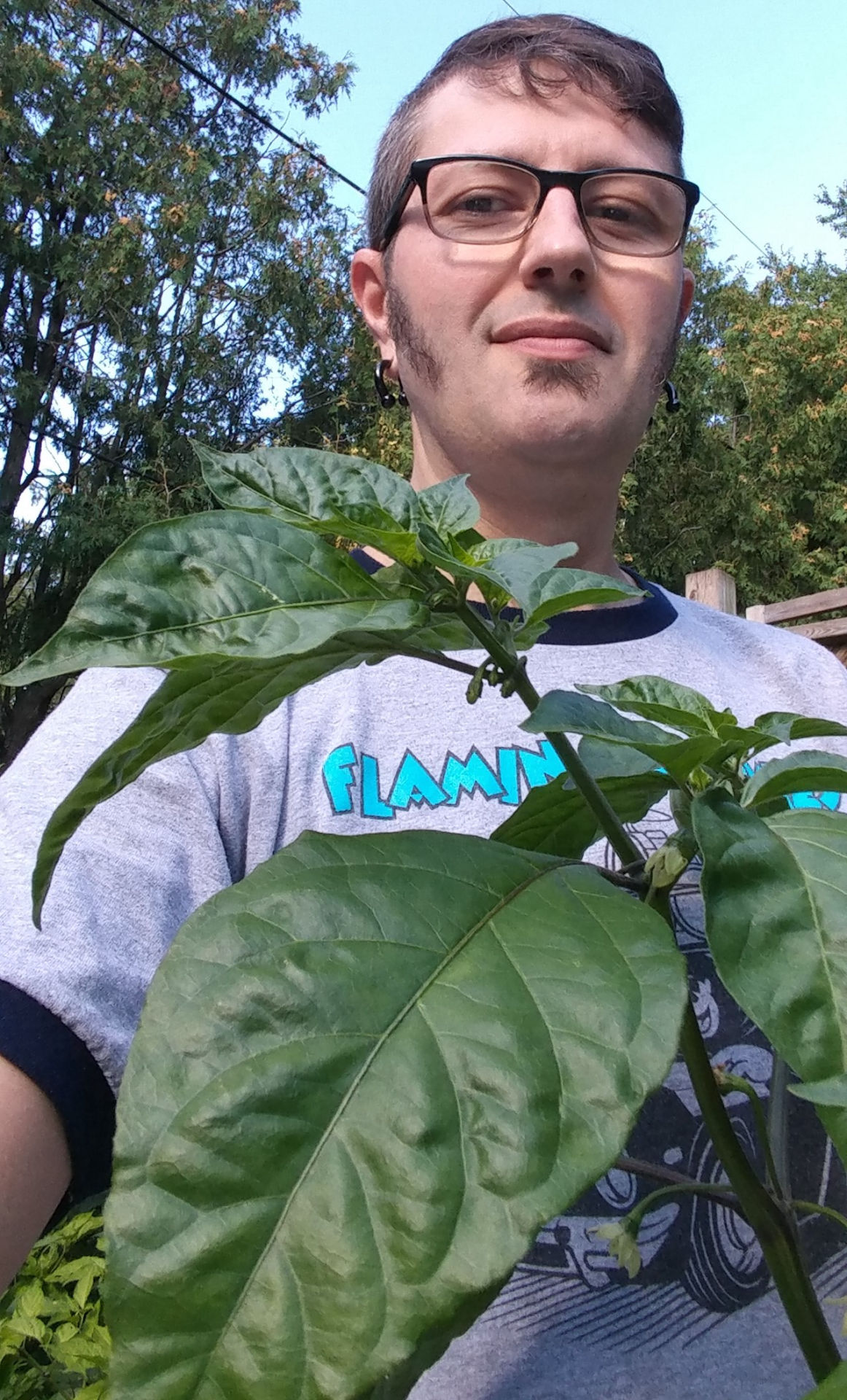 I really am sorry about everything. 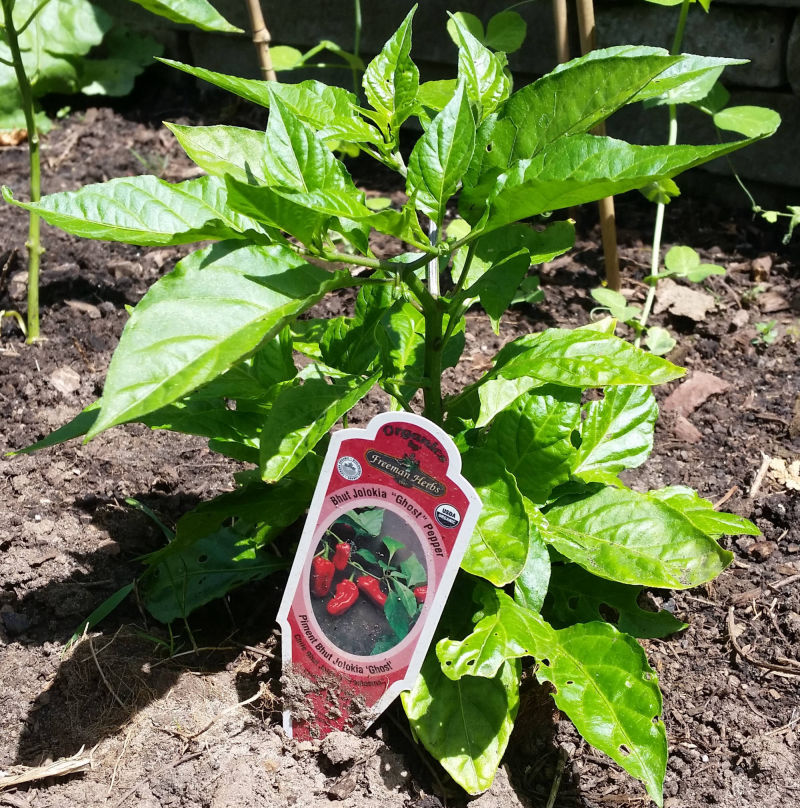 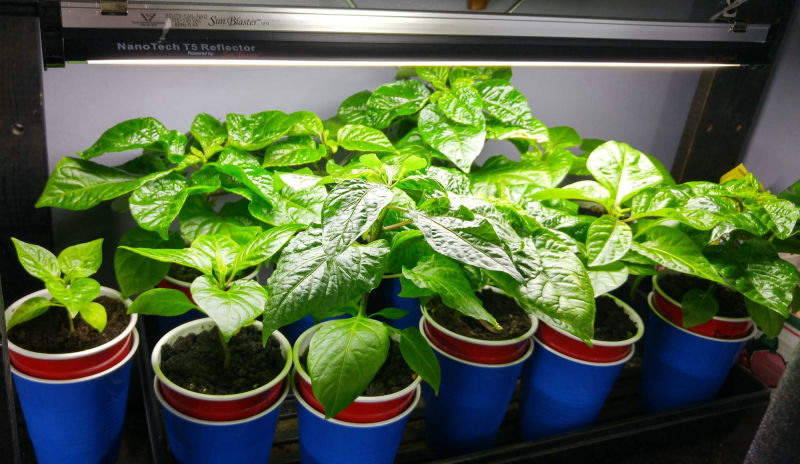 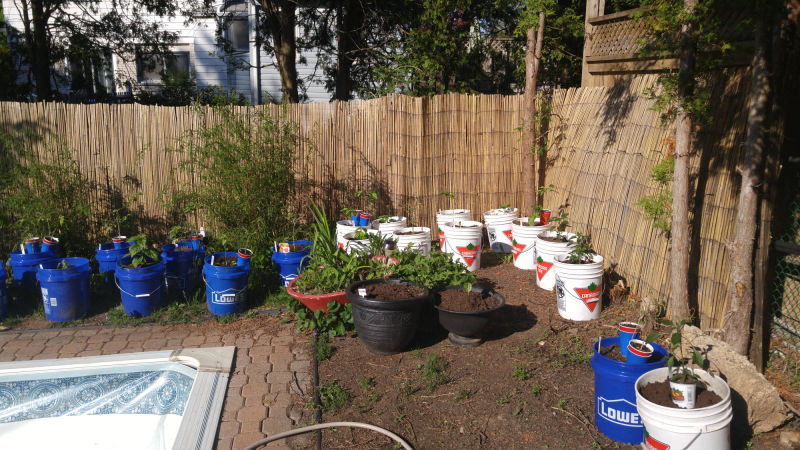 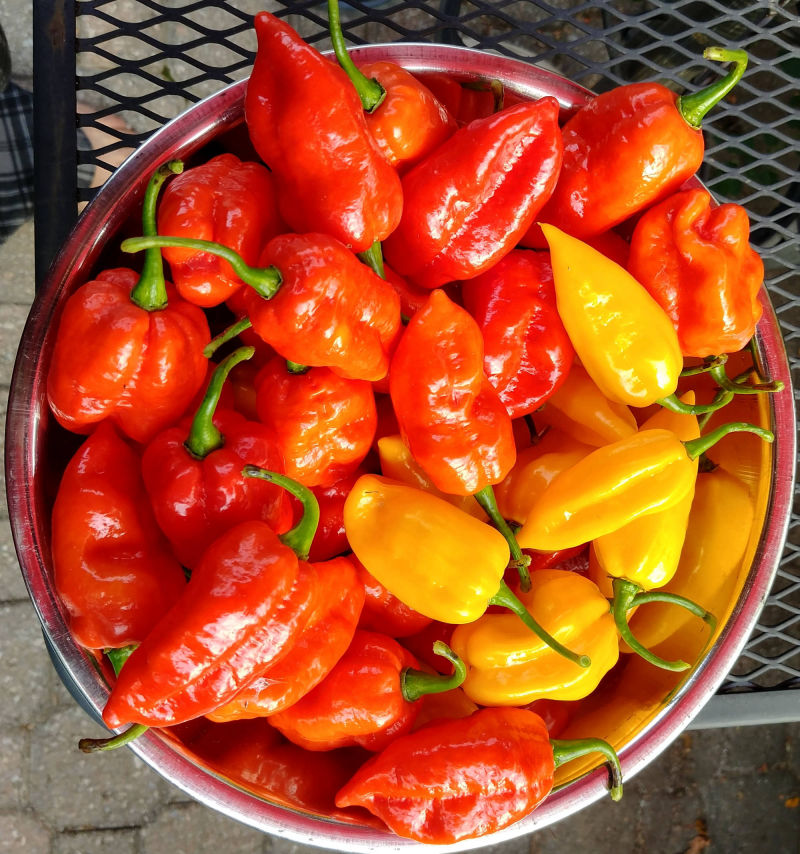 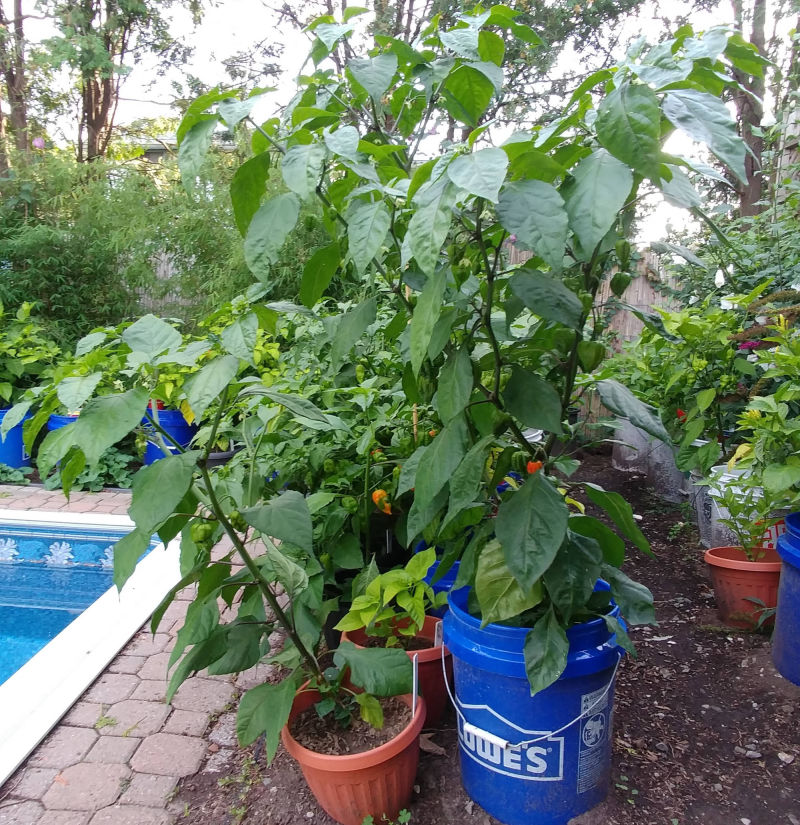 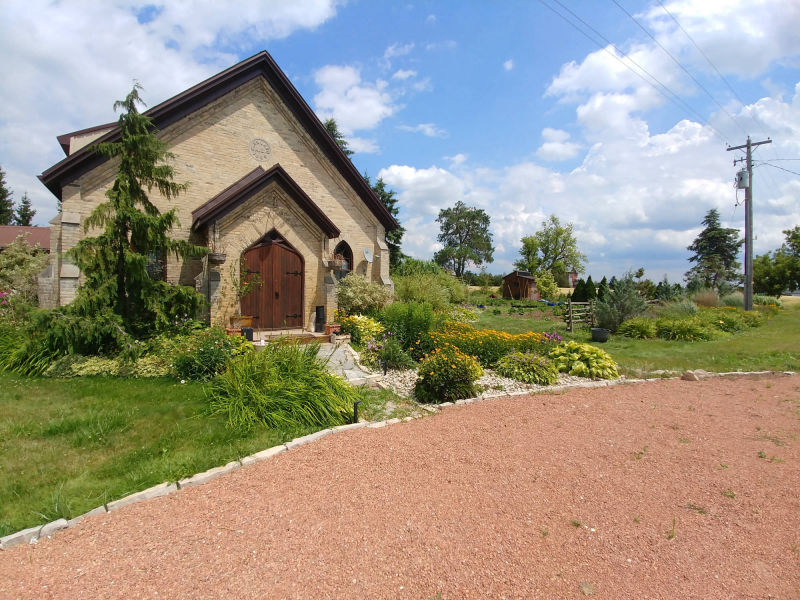 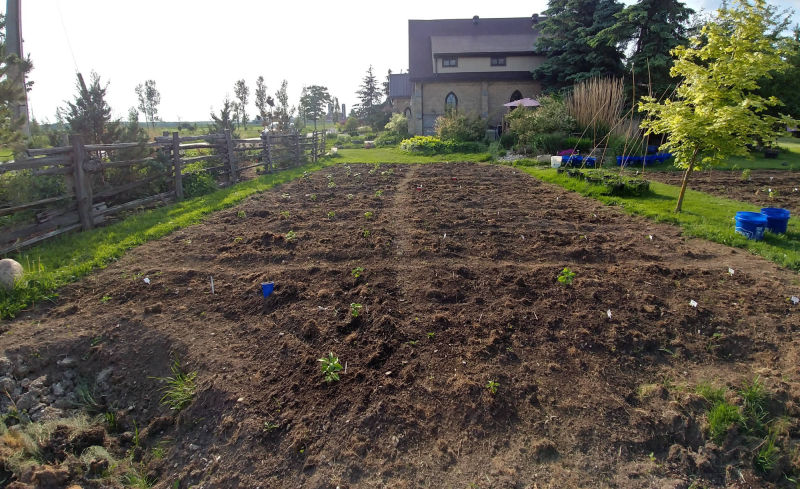 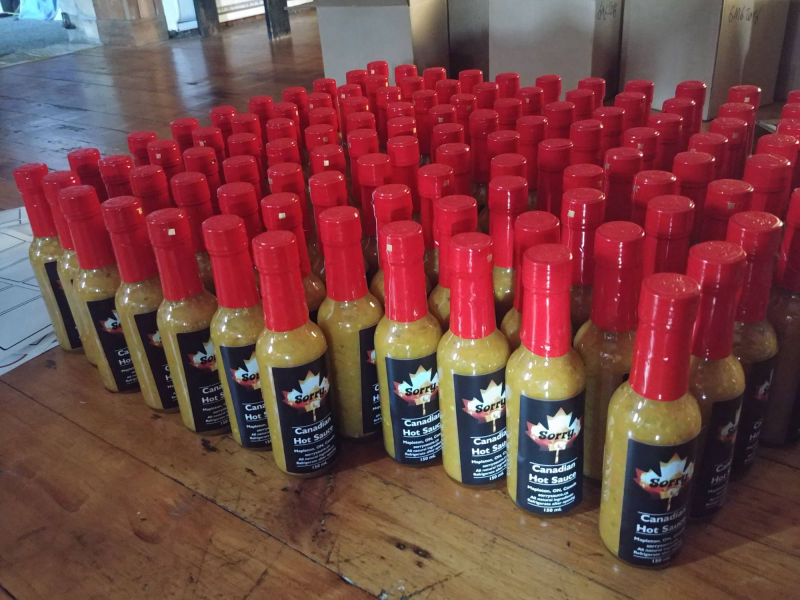 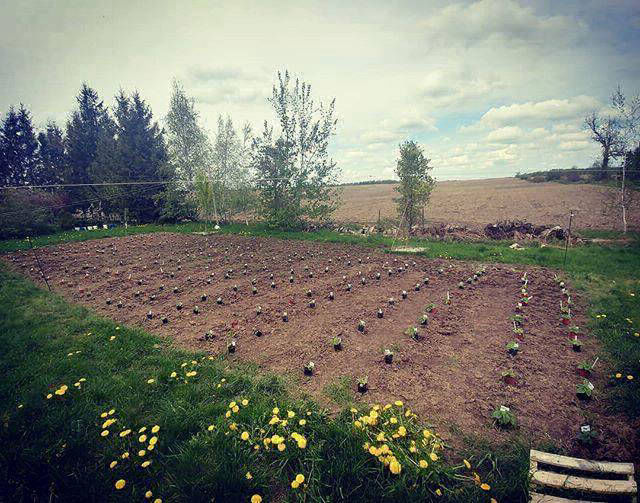 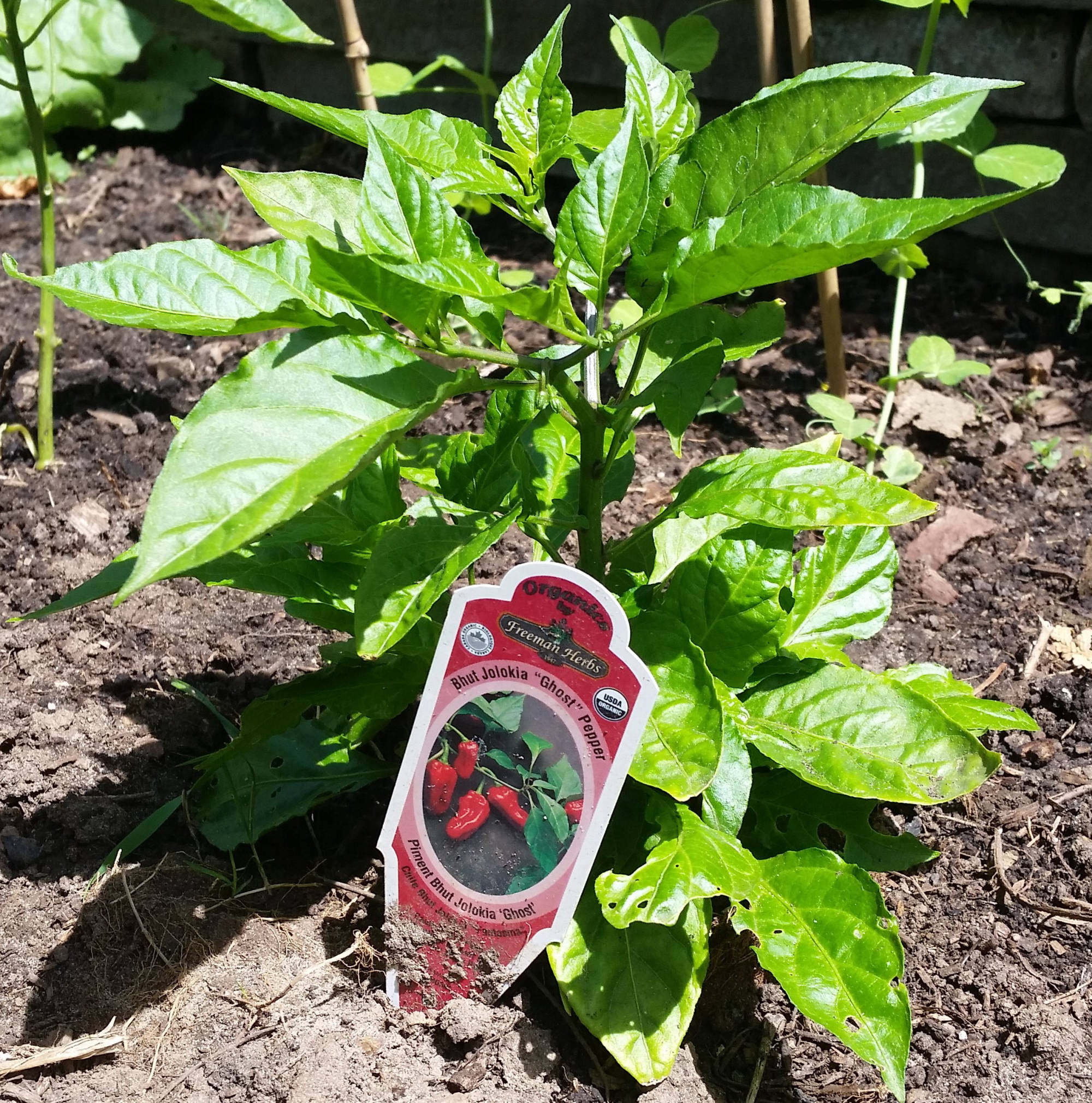 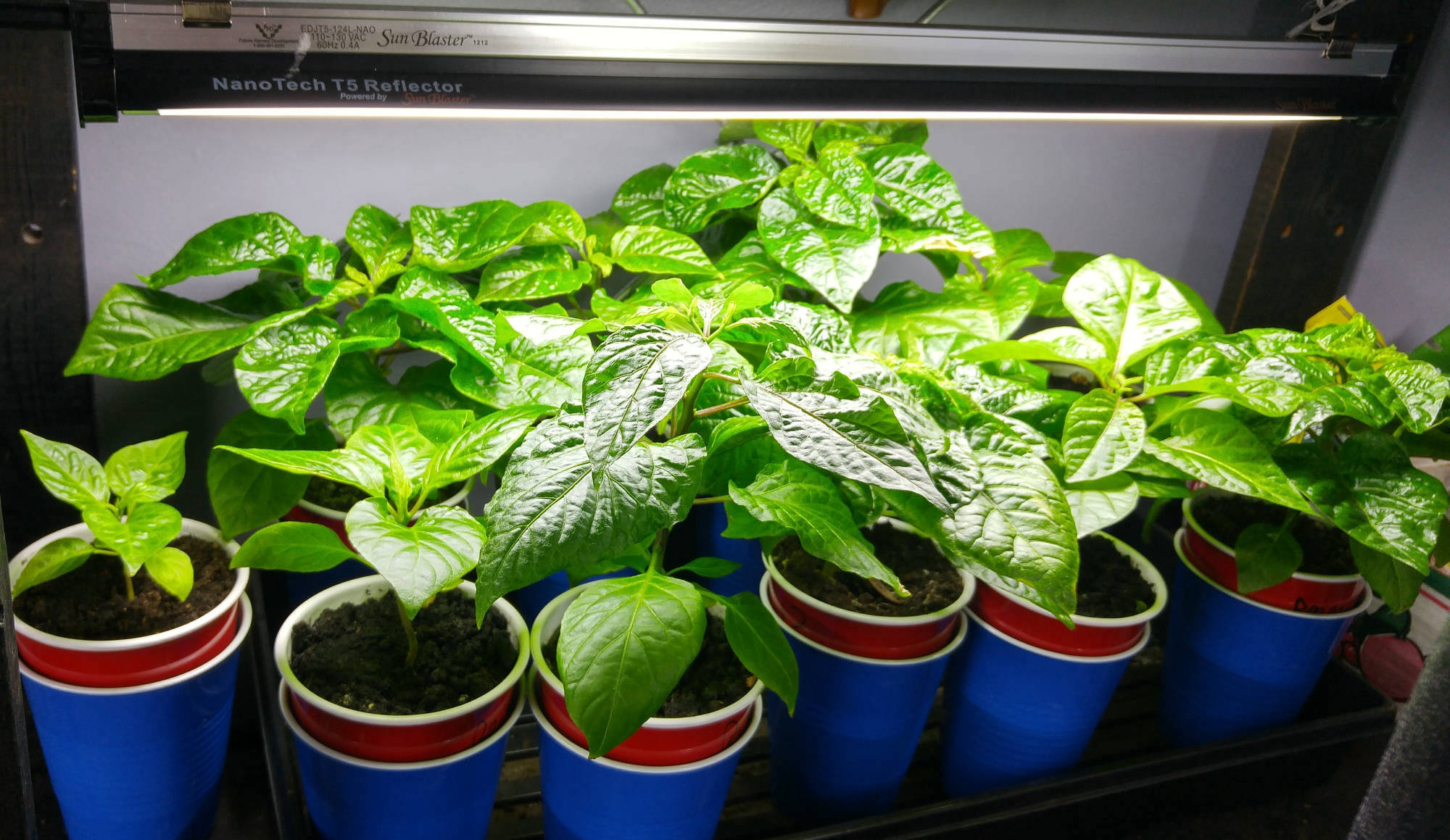 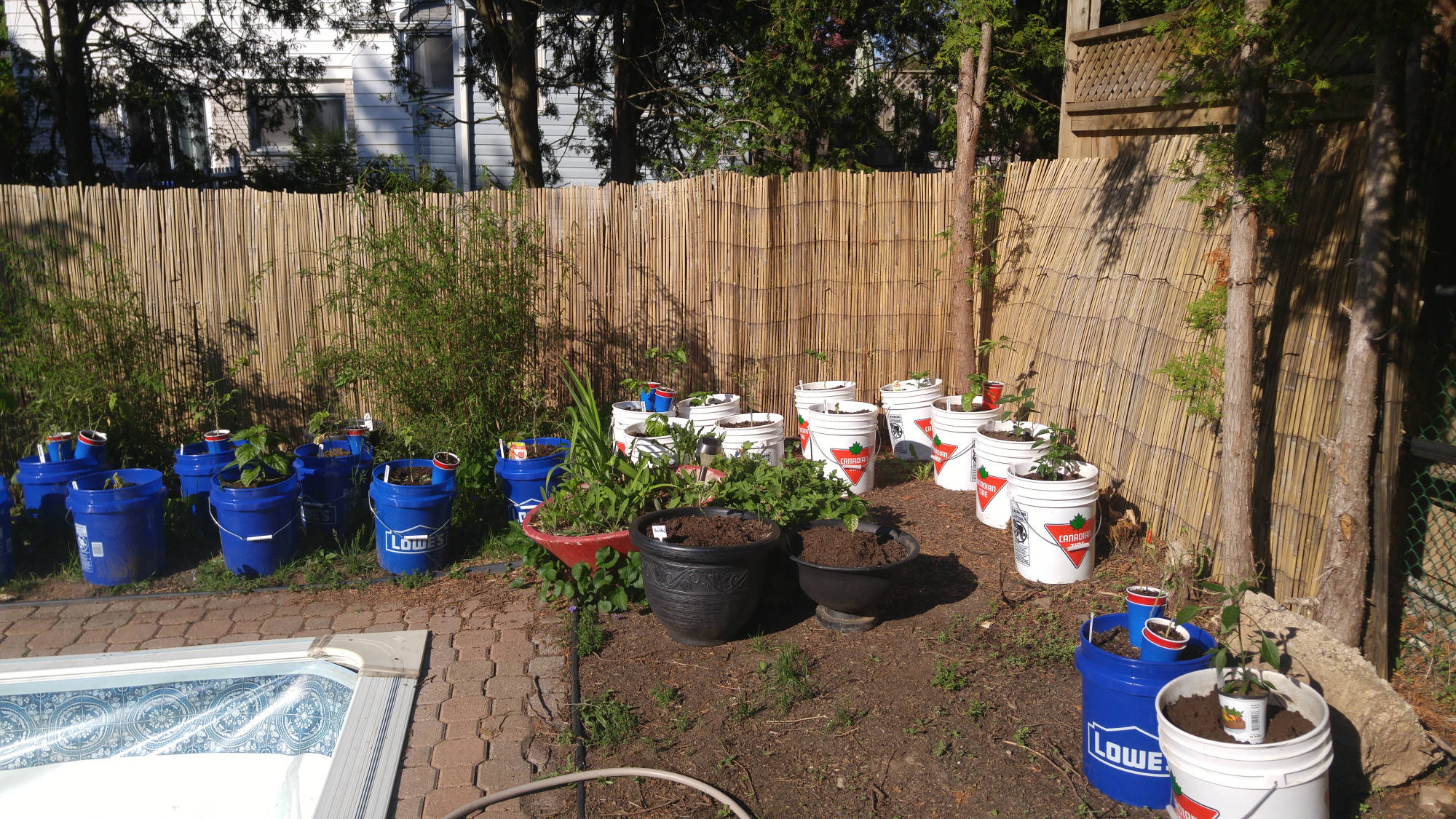 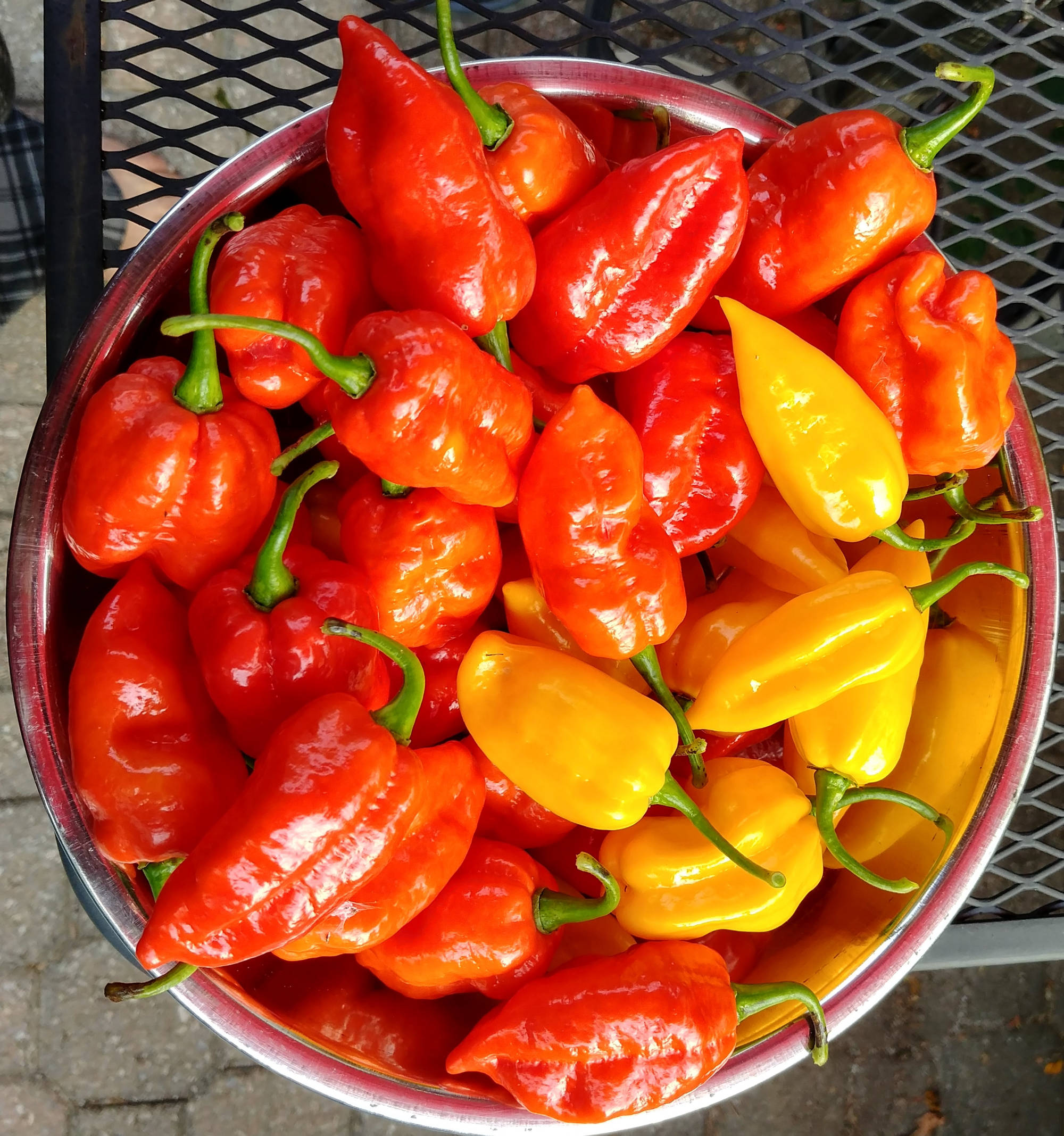 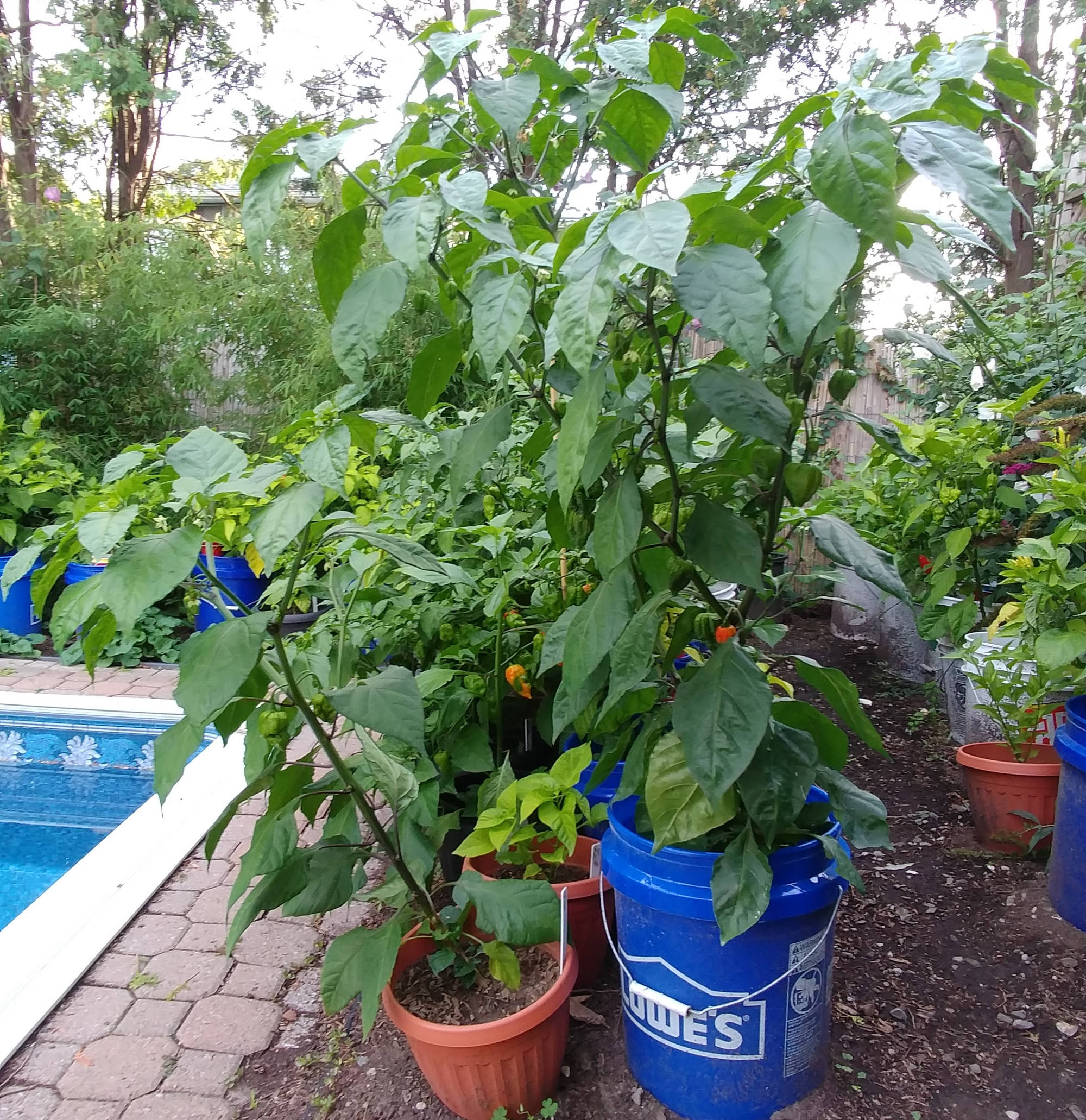 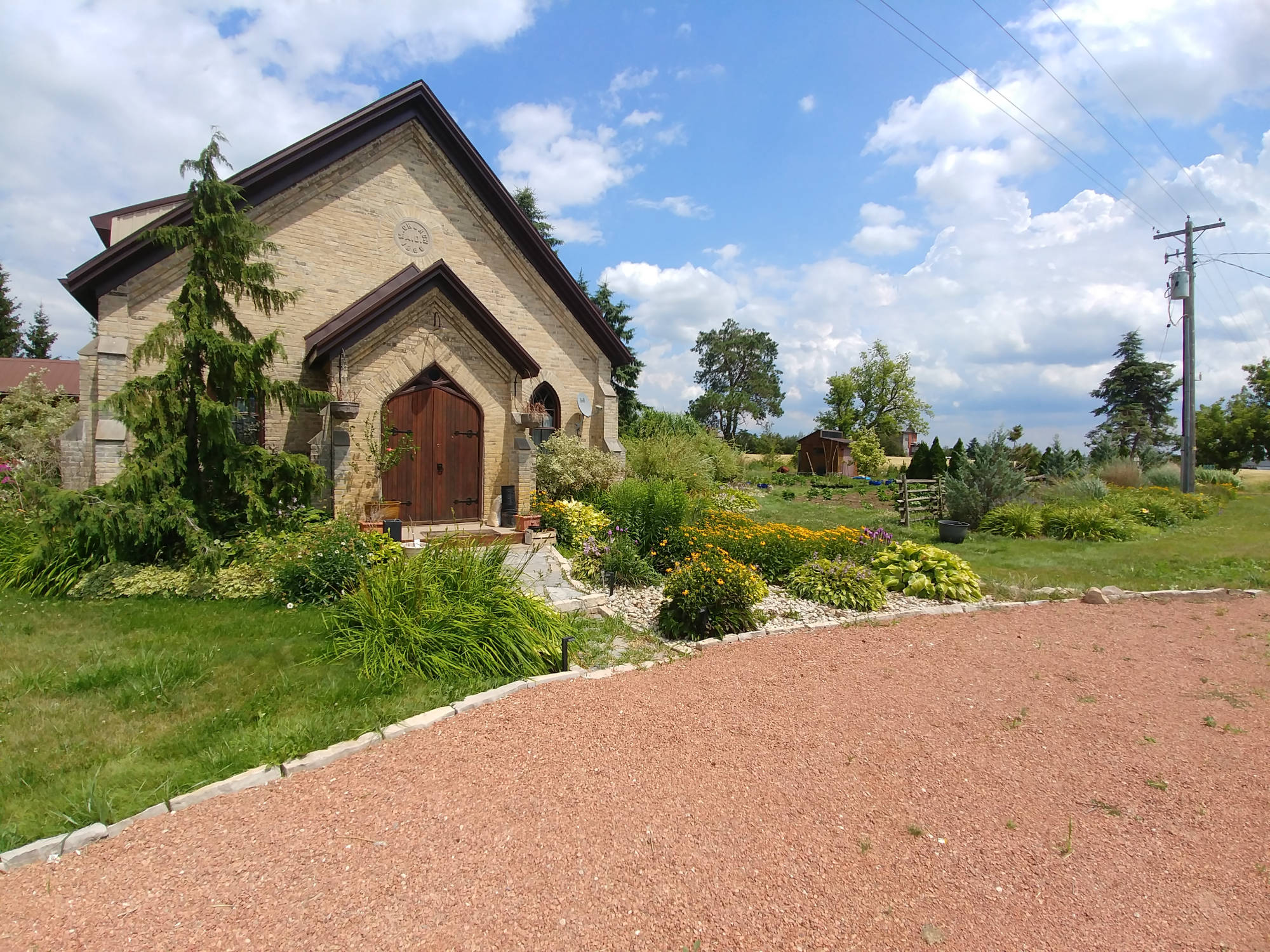 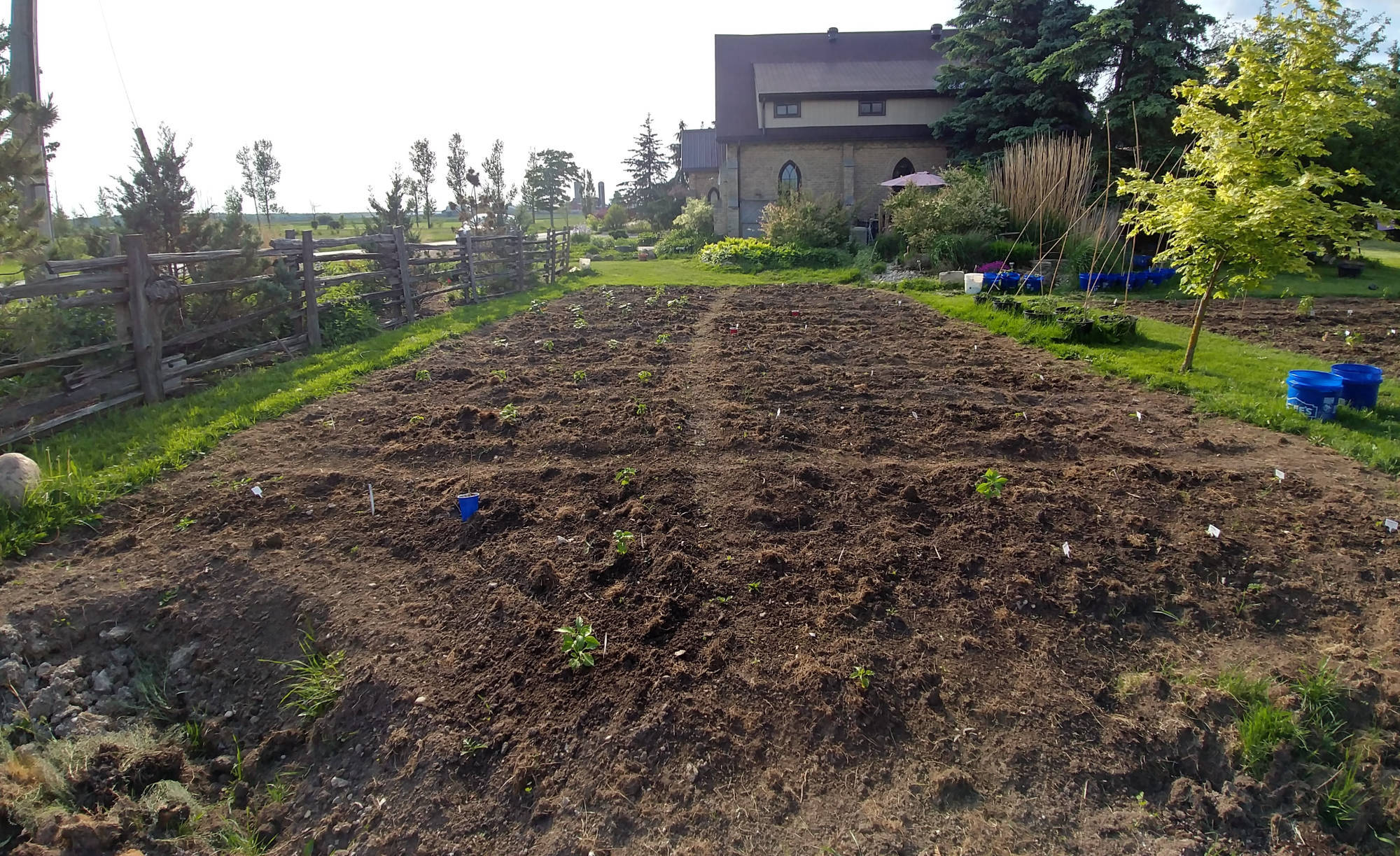 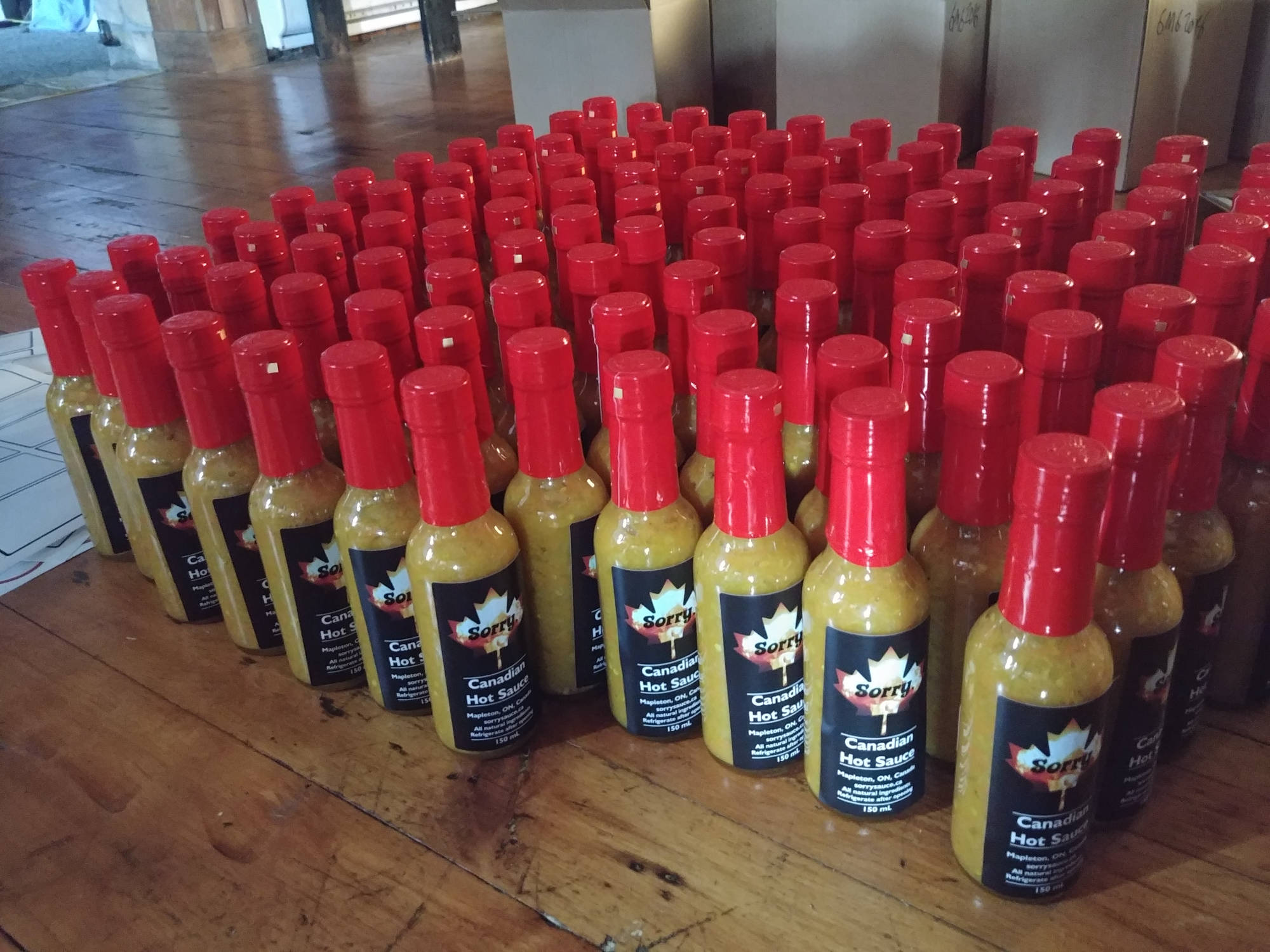 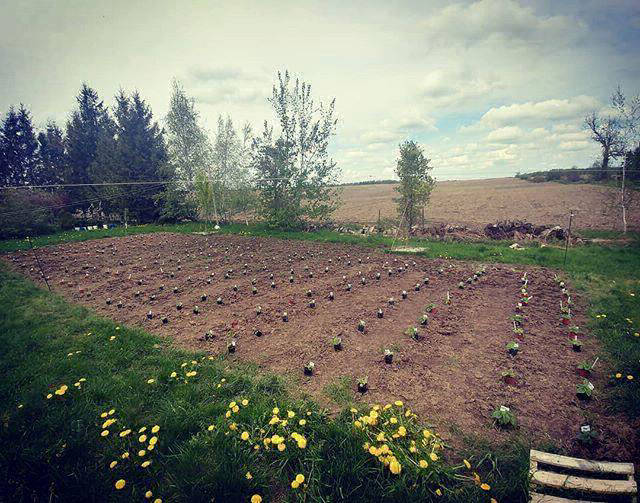